V. Photosensitive materials for computer-to-plate (CTP) <br> Currently, the plate types for computer-directed plates can be roughly divided into light-sensitive plates using the laser light in the visible wavelength range as the exposure light source and infrared laser light as the exposure light source. The heat-sensitive plate, its photosensitive materials such as silver salts, photosensitive polymers (resins), organic photoconductors (OPC) and so on. In terms of CTP development technology and use surface, CTP plates must have high sensitivity to certain laser spectra. There are many kinds of laser light sources on the market. Taking He-Ne laser as an example, the wavelength of radiation is 594, 612, and 543 nm, most notably its high-frequency stability and single operation type. It is one of the widely used lasers. It is mainly used for polyester silver as the main plate material system; Ar, Kr, Xe ion laser, these laser radiation wavelengths visibly fold the visible spectrum from 458 to 514nm, the most famous is Ar ion laser whose wavelength is 514 and 488nm line For the CTP system, silver halide and photopolymer are the most popular light sources; Nd:YAG laser system, this system is a solid-state laser, its active medium is a crystal with impure ions, easy to maintain and High-energy laser light sources are produced. Nd:YAG lasers are generally used for internal drum heat-sensitive CTP systems. Other laser systems do not describe this.

The silver halide plate belongs to one of the positive plates, so that the laser light is exposed in the non-printing area of â€‹â€‹the plate in the plate making machine. The light sensitive silver halide, such as AgCl, is suspended on the emulsion layer, which is located on the nuclei layer.

When the non-printing area is exposed to laser light with low output power, it will catalytically reduce AgCl to black Ag and remain in the emulsion layer without affecting the hydrophilicity of the printing plate surface. During the first stage of the process, unexposed AgCl forms Ag-complexes due to the action of the developer liquid, diffuses through the barrier layer and enters the imaging core layer from the emulsification layer, and is reduced by the developing core catalyst. A layer of metallic Ag film is formed, and this portion will become an imprinting area. During the second stage of process, the developing core layer of the emulsified layer, the suspicion layer and the unexposed area is removed, and the hydrophilicity is formed on the surface of the non-image area of â€‹â€‹the plate. The silver atom. In this stage, a strongly alkaline solution (activator) is used to precipitate silver and retain the metallic silver on the surface of the plate. After the development is completed, the plate enters the stabilizing tank and the weak acidic solution neutralizes the emulsified layer. And stable precipitation of silver. Currently on the market such as Dupont-Howson Silver SDB, Mitsubishi Paper SDP-(A, AGFA Lithostar, etc.) are all of this type of layout. The advantages and disadvantages of using silver halide plates are listed in the following table:

The photosensitive polymer (resin) CTP plate is the most frequently used photosensitive material and belongs to a type of a negative image plate because the laser light in the plate making machine is exposed in the printing area of â€‹â€‹the plate. A photosensitivity-sensitive photopolymer and an oxidation preventing layer are sequentially coated on the surface of the aluminum plate subjected to layout treatment.

The photopolymer layer is composed of a light-sensitive resin of a molecular chain, a photosensitizer, a trigger, and the like, and uses 50-mW Ar ion laser (488 nm) and FD-YAG laser (532 nm). Exposure radiation promotes binding or polymerization and hardens short, water-soluble molecules. During the imaging phase, the portion not exposed to light is dissolved by the developer, leaving the photopolymer exposed to form an image area on the plate. AGFA Ozasol N90A, Mitsubishi Chemicals LA-2, LY-2, Fujifilm LPA, LPY, etc. all belong to this type of plate. The disadvantage of this plate is that the desired photosensitivity developing solution is prone to foaming, and the other plate must be heated after exposure. deal with. The advantages and disadvantages of using a photopolymer (resin) version are listed in the following table:

The main characteristic of the photosensitive polymer (resin) plate is that the developing solution used is an aqueous solution type (without organic solvents) and will not cause environmental pollution: the printing area in the printing area, the printing capacity, and the printing suitability of the plate will not be suitable. In the general PS version.

Another heat-sensitive light version is the most prominent technique for printing, using thermal energy to decompose or harden photopolymers (such as azo photopolymers). The laser light source used in imaging is different from the current Ar ion or Fd:YAG laser, which must be higher than the laser energy used in other plates, such as IR laser diodes (wavelength 830 nm) or YAG. The laser (wavelength 1064 nm) is mainly due to the fact that the image of this type of layout is exposed to the layout by converting the laser light into heat energy. Heat-sensitive light version and traditional PS version can be divided into positive and negative image plates, depending on the photopolymer coating is different. In general, after such layout imaging, the dot size does not change with the size of the laser image point, while maintaining a very fine dot structure and the environment is clean. The advantages and disadvantages of the heat-sensitive light version are listed in the following table:

* Disadvantages need to be preheated, which can easily result in unstable printing quality. The plate is short on the top and the imaging speed is slower.
Screen printing under different printing conditions

(1) Under the same printing conditions, since the UV ink is thicker than the solvent-based ink ink layer, the dot level of the Liu film should be adjusted before the screen is made, and a higher mesh number of monofilament thin screens should be selected, or UV should be selected. Ink special single-sided pressure mesh, such as 140 ~ 150 mesh / cm monofilament polyester polyester mesh opening, stretching tension in more than 20 N / cm. By controlling the thickness of the photosensitive layer of the screen or using a yellow polyester mesh, the requirements can also be met.
(2) Screen-type photosensitive material: A solvent-resistant photosensitive adhesive, a thin capillary photosensitive film, or an indirect photosensitive film is used to make a screen.
(3) When coating the sensitized adhesive, the thickness of the sensitized adhesive layer should be controlled at about 4um, and the unevenness of the surface is less than 5um, so that the sharpness of the dot is improved.
(4) The main points of quality control in screen making:
1 In order to ensure that the screen is not lost when the screen is in use, the screen is coated. Before affixing the photographic film, the screen must be roughened and degreased so that the sensitized adhesive adheres firmly to the screen, and the small dots are not lost, ensuring a natural transition of the shades of color.
2 Screen printing screens of various colors are used to ensure that the tension is uniform and uniform. After coating and sticking the photosensitive film, it must be allowed to dry thoroughly before exposure. Otherwise, the dots will be lost during the development or printing. The service life of the plate is reduced; if the screen plate tension is not uniform, besides the inaccurate four-color overprinting, moirÃ© and the like may be generated on the screen.
3 Four-color printing screen production requires some skill, when exposure, you must control the exposure time of the photosensitive layer (using the exposure ruler to measure the optimal exposure time) to ensure high-profile screen dot (small dot): transparent, dark The dot spot (small spot) is really attached to the screen.
4 mesh screen version of the development must be a comprehensive development and local development combined, because the small screen on the network is not easy; medium penetration, after full-scale printing, if the small outlets have not yet; out, at this time to deal with the small network local The â€œwater columnâ€ type fills up and makes the small outlets transparent, ensuring that high-profile outlets of prints are not lost.
After the 5th version of the picture is developed, the color separation film is inspected, and it is determined that the screen can be double-exposed to improve the service life of the screen.

Specially developed according to children's sleep habits and skeletal development characteristics, and provide good support for the growing body of the child. It will not be too hard or too soft. It can effectively assist and correct children's growth in the long-term growth and deformation of the spine. The safety requirements for children's mattresses are very high. The mattress fabric must be made of 100% pure cotton and the internal materials must be environmentally friendly. This quality mattress will surely give you a better and non disturbing high quality of sleep 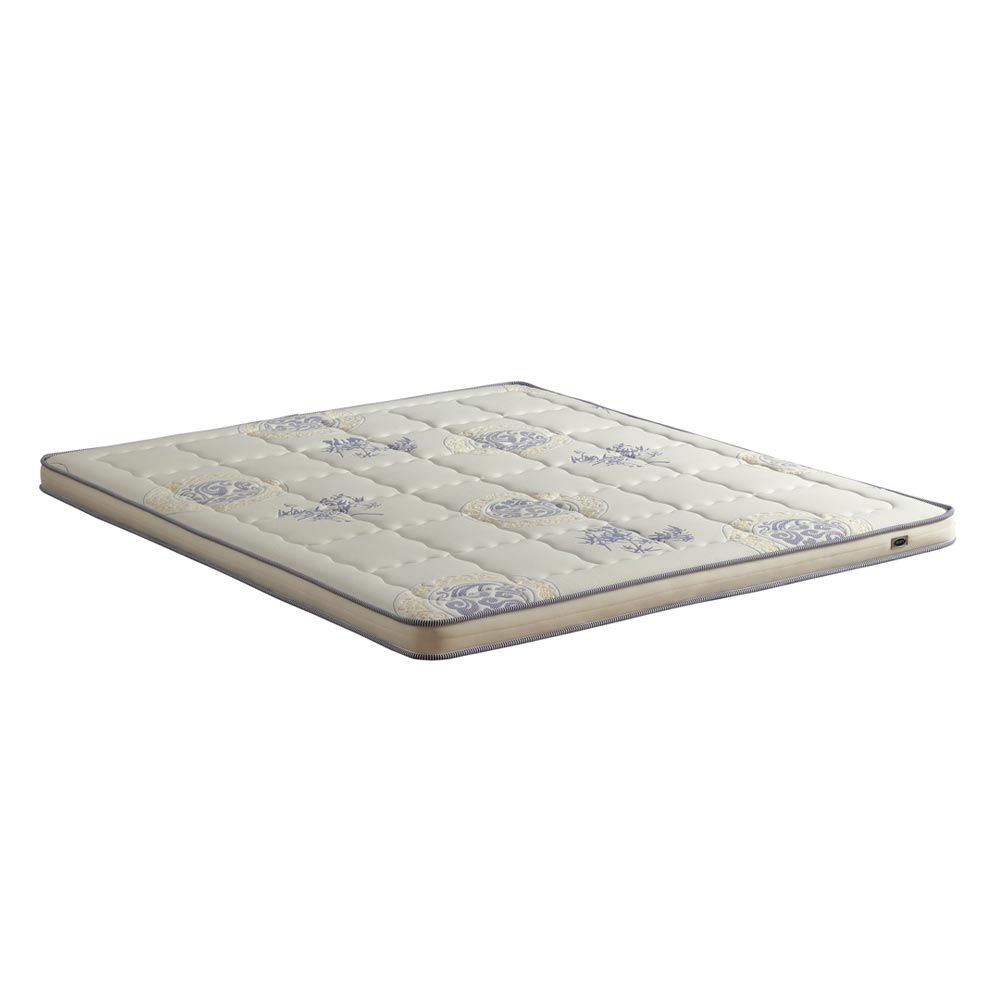